It's like a sweater for your stomach. Warm and comforting. Without the annoying scratchiness.
Just go make it. It's amazing, I promise. And who doesn't want a sweater for their stomach?
Sausage and Greens Soup
(Adapted from my CSA newsletter, not sure of the original source)
1lb ground sausage
Garlic to taste (I used 1 giant clove)
1 large onion (chopped) (I used 1/2)
8c. chicken or veggie broth
3-4 c. diced potatoes
salt and pepper to taste
1 can evaporated milk (I omitted this because I was planning on freezing it. But then we ate it. oops.)
3-5 c. fresh chard (roughly chopped)
Brown sausage in soup pot and drain all but a spoonful of fat. Saute onions and garlic with sausage in reserved fat until soft. Add broth, potatoes, salt and pepper. Bring to a boil, reduce heat and simmer until potatoes are soft. Add milk and greens. Cook until tender. Freezes really well, just omit the milk and add once you defrost and heat the soup to serve.
3 out of 3 diners gave this soup two thumbs up. Well actually, one of the diners gave it a peace sign. I don't know if that means the soup was groovy or she was telling us she is two. Regardless, she downed a whole bowl.
The next time I make this I will include the evaporated milk. I know it will be creamy and delicious. I am actually concerned it would be too rich...we shall see! Enjoy!
Posted by [LJT] at 7:02 PM 2 comments:

Email ThisBlogThis!Share to TwitterShare to FacebookShare to Pinterest
Labels: recipes

cold. boo.
Poor Penny is a coughing, sneezing, sniffling mess today. Lots of mama milk, cuddles and love are on the agenda. I wonder, if I have chicken noodle soup for lunch, will she reap any of the cold fighting benefits? Hmmm.....well, if nothing else, it will help with my sore throat and stuffy nose.
Lesson of the week? When you have a sick toddler in the house, pretty soon everyone will be sick. But can I just say that Olive is an awesome nose blower? Quite impressive.
Off to love on my baby Snort*.
And speaking of baby books, we should probably get one for Penelope! Not that we really filled Olive's out. . .it's the thought that counts right?!
*Kudos to you if you picked up on the Are You My Mother? reference.   ("You are not my mother. You are a scary Snort!" Love it!)
Posted by [LJT] at 9:50 AM 3 comments:

Email ThisBlogThis!Share to TwitterShare to FacebookShare to Pinterest
Labels: Penelope

(Ok, I really wanted to title this post "Holy Sh!t Batman!" but decided against it.)
Penelope is a gassy baby. Extremely gassy. From both ends. Clearly, she takes after her father.
Except sometimes the gas gets stuck. And stuck gas = a very unhappy baby. And by unhappy I mean a screaming, writhing, beet red, arched back, stiff bodied baby. No fun. No fun at all.
We tried gas drops and Gripe Water

with little relief (But we still LOVE gripe water. It works miracles on run of the mill gas pains, fussiness and hiccups).
Then we found Hyland's Colic Tablets

. And wow do they work. Dissolve two little tablets on her tongue and 5 minutes later she's a rootin' tootin' poopin' machine. It's actually quite amazing how well (and quickly!) they work. And a tooting pooping baby is a happy baby. And a happy baby makes a happy mama. Plus they are all natural which is always a good thing in my mind!
Hopefully this gassy phase will pass as Penelope's digestive system matures, but for now, we're keeping a supply of 'Gas Tabs' on hand (Not to be confused with 'Tooth Tabs', Hyland's Teething Tablets

which also rock our socks off!).
I am writing this product rave because I want to spread the good word about Hyland's. No one at Hyland's paid me to write it. Heck, they don't even know who I am.
Posted by [LJT] at 6:43 PM No comments:

Sugar and Spice and All That is Nice

Growing up, I always dreamed of being a Mom and having children. I know to many, that may sound lame or not very inspiring. It's certainly not the most glamorous job out there and definitely not the highest paying. But for me, it was what I always wanted.

Never once in all those years of dreaming about cuddling, loving and changing diapers, did I picture myself with a daughter. (Let alone two daughters.) It was always little boys who wore overalls, got dirty while playing and loved to wrestle. Girls seemed kind of daunting and scary. I just couldn't imagine having to play babies and doing hair. And don't get me started on the mom/daughter dynamic. I wanted to avoid all things girl. The thought of anything pink and frilly made me break out in a cold sweat.

But then along came Olive. The sweetest little girl that stole my heart as soon as I laid eyes on her. All my visions of boys vanished from my head. That is, until I realized she loves to wear overalls, get dirty while playing and LOVES to wrestle, all while wearing hair clips and taking care of her babies. My pretty, little spirited girl gives me the best of both worlds.

And pretty soon I was pregnant again. And the visions of a little boy started to dance in my head again. Except, I was kind of hoping for another little girl. A sister for my big girl. I always wanted a sister. I have two brothers who are great, but, they're no sister. Instead I had a BFF who was (and still is) pretty much my sister. And I wanted that for Olive. But the real sister deal. Even Olive requested a sister and INSISTED that Mama's baby was going to come out a baby sister. I hoped she wouldn't be too disappointed if it was a boy.

But lo and behold, that's exactly what she got. A sister. A beautiful, spirited little sister. Who will most likely wear overalls, get dirty and like to wrestle. But if not, we will love her just the same. And of course, just like her sister, she looks pretty darn cute in pink.

I am now the mother of two amazing girls. With closets full of overalls and little pink clothes (and even some pink overalls!). And I couldn't be happier.

I need something to read.

And am coming up blank. I don't want to re-read anything on my shelves. Nothing is jumping out at me on any of the best seller lists.
I feel like I haven't read a good book in a long time. And that makes me incredibly sad. I don't like feeling sad. Especially about reading. I need to read like I need to breathe. I won a reading contest in 2nd grade for crying out loud (and won a free trip to ValleyFair. and got to meet some Vikings players. Couldn't tell you who. It was second grade. I didn't know squat about football. Oh wait, i still don't. Go Broncos!).
What are you reading right now? Inspire me. I need to breathe again.
Person who recommends a truly amazing read will win a virtual high five from me. Much better than meeting random NFL players.
Posted by [LJT] at 5:45 PM 10 comments: 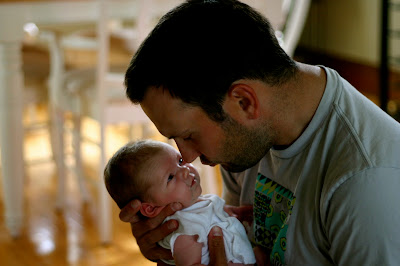 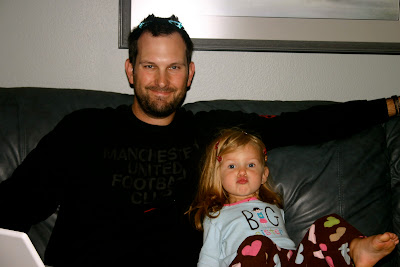 Very creative way to document the journey of pregnancy. (you might want tissues handy. Or maybe it's just me.)

And I was proud of myself for taking (almost) weekly belly pictures....
Posted by [LJT] at 11:49 AM No comments: